Our Scholarship is named in memory of one of Crestview's most notable figures; Mr. Foy F. Shaw Jr.  He became an "official" member of the Crestview Community in 1956, when he moved to Crestview and established Shaw Moving and Storage, still in operation today.  Foy believed very strongly about serving and giving to his community and served with a distinction with the Crestview Area Chamber of Commerce from the very beginning of his business.  Foy's contributions and service are still vividly present today and his spirit of generosity will continue  with each year's award of the Crestview Area Chamber of Commerce, Foy Shaw Memorial Scholarship. 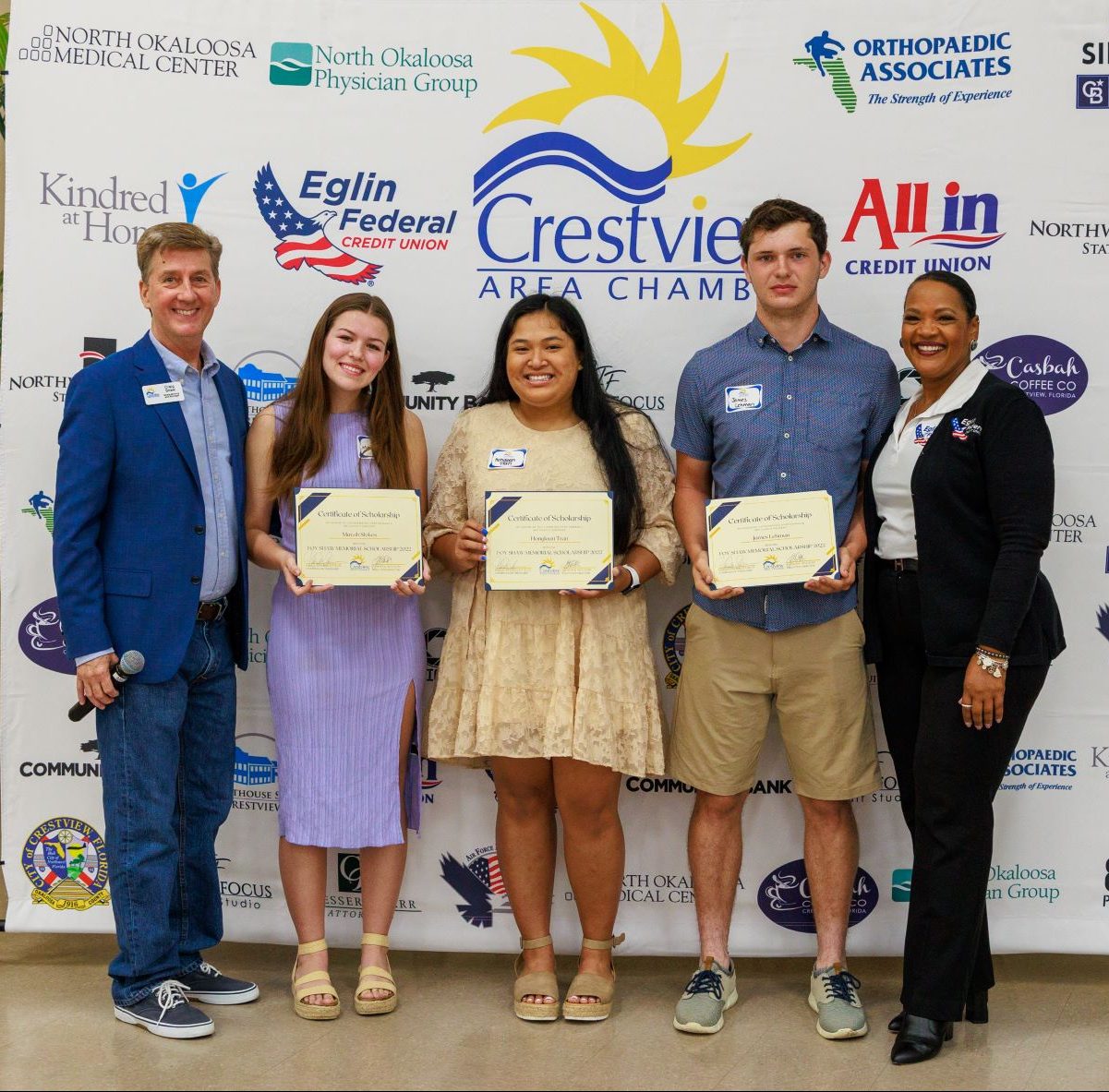 Congratulations to the 2022 recipients of the Foy Shaw Memorial Scholarship!

If you are interested in making a donation to the Foy Shaw Memorial Scholarship fund, please download the application and return it to the Chamber.

Ready to apply? Download this application, fill it out and mail to:
Crestview Area Chamber of Commerce
1447 Commerce Drive
Crestview, FL 32539